In this post, previously published on the Guardian blog, Ageing Without Children‘s Kirsty Woodard considers the implications for the care of older people who have no adult children to care for them:

In this country, care for older people rests mostly on the backs of family carers. 70% of carers are supporting someone aged over 65. Half of these will live with the person and the majority are of working age, mostly in their 50s, suggesting that they are the children of those they are caring for.

They are a hugely underappreciated resource.

The way family carers are treated is appalling; their efforts taken for granted, the expectation that they will undertake any and all tasks, from giving injections to changing incontinence pads. And all without the help and training given to paid carers, for the paltry amount of £59.75 a week – if they even qualify for it.

Without them, the health and social care system would collapse completely. But here’s the thing: one in five women born in the 1960s don’t have any children, and ONS statistics predict this will rise to one in four for women like myself born in the 1970s. I did try to look for statistics for people as opposed to women, but naturally in a sexist world, childlessness is seen as a women’s issue. 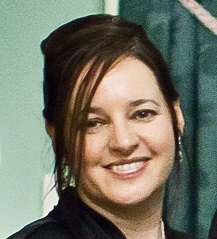 I attended a conference earlier this year about redefining ageing, hosted by Age UK. It was a very good event but I was struck by the fact that no reference was made to the large numbers of people who will age without children. I have spent 20 years working in the field of ageing and have never heard it mentioned. Instead, speakers use anecdotes about their children and grandchildren to connect with the audience, because it is assumed that everyone has children.

This isn’t to criticise people for doing this. It’s wonderful to hear that people have such great familial relationships, and of course more people have children than don’t. But the childless (or child-free depending how they define themselves) are going to be a big cohort in 20 years’ time. Why is this never talked about?

Why at conferences on ageing are people continuing to assume that people will have families to support them, when its likely that 20-25% of them will not.

A recent report from the IPPR predicts that, by 2030, there will be 2 million people over the age of 65 without adult children. Ignoring this issue seems to me utterly bizarre. The potential impact on services is huge. Family carers routinely carry out tasks unnoticed by the state – such as making appointments, running their parents to the hospital, ensuring they take their medication, doing the housework and so on. Who will do this for those of us without children?

I didn’t choose not to have children, but that doesn’t matter. What matters is that for me, and tens of thousands like me, the state cannot rely on our children to look after us when we get old. And there will be more of us because we’ll live for a long time. Where is the forecasting on this issue? Has anyone at the Department of Health even thought about it? And why do we never talk about it?