In today’s post, Edna Oni of Barnet Macmillan Advocacy Service tells us about her role:

This is a personal vocation for me and I really enjoy my job as an advocate and as a peer volunteer for the Barnet Macmillan Advocacy service. When I come across a client in difficulties, I cannot help but empathise, and giving them a voice and achieving their goals gives me great satisfaction. I feel my personal experiences makes me acutely aware of what another person is going through and strengthen my passion as a peer advocate for a positive outcome.

I feel I care more as a result of my personal experience. My own father died from lung cancer and my mother in law from breast cancer. Also, my very close friend died almost exactly a year ago.

Whilst the Cancer Older People and Advocacy work often demands a prompt outcome, sometimes it is not possible to help and one of my clients died before I was able to achieve their advocacy goals with them, which was saddening. 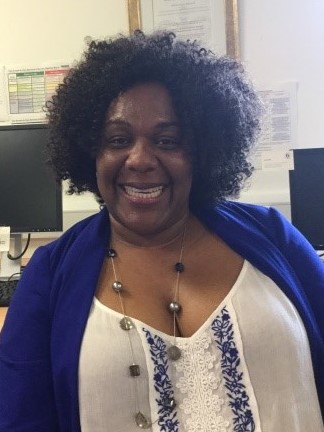 Older people are often overlooked so being able to help in different ways, e.g. with housing, court of protection,  financial abuse is rewarding.  I feel I make a difference by communicating with various organisations on their behalf. The reasons why people contact our Barnet Macmillan Advocacy Service vary enormously and sometimes there are unexpected turns. One advocacy situation with a twist comes to mind involved Mr A, who was referred from social services. He had cancer, had a mini-stroke and was admitted to hospital and then was referred to a care home for 2 weeks’ respite. He really enjoyed the activities in the home and the interactions with other residents so much so that he did not want to go home!

At the initial visit with Mr A and his social worker, I informed him that Social Services dictate was for his leaving the home. He refused, telling me he was not going to leave as he had broken up with his partner and there was no one to look after him. His health had improved while he was in the home and the social worker agreed. He felt that if he left his health would deteriorate and he would die. Social services were clearly more interested in funding issues whilst advocacy is completely client centred. I had to press Mr A’s case very strongly emphasising his right to a good life. Social services arranged for him to live in the home on a permanent basis and I thought job done!

Two weeks later I received a call from social service to deal with financial abuse of the same client. His ex-partner had withdrawn over £3000 of his money from his bank account event though a block had been placed on the account. The bank was extremely unhelpful to begin with, but I persevered and eventually they admitted their mistake, refunded the money and paid compensation of £250 for his distress. Mr A was happy and so was I.

We’re delighted to welcome Rhonda Oliver to Advocacy in Barnet on May 9th as Project Manager and have our full team complement. Rhonda was previously working with Macmillan and North London Hospice as Project Manager on the Macmillan Specialist Care at Home Project. This project was designed to provide people with life-limiting conditions have more choice about how and where they received their care.