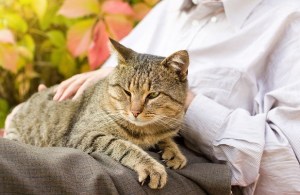 Peter is a 91-year-old veteran of the Second World War. Peter has health problems, including dementia, but he likes living in his own home. He sees friends and enjoys looking after his pet cat Fluffy.

Some of Peter’s friends became concerned that Peter was being financially abused and they were worried about his ability to look after himself. His local council then took action which meant he was held in a locked unit for 17 months. Although the records said Peter went with them voluntarily, he was clearly reluctant to do so, and distressed. Facts are disputed but he is said to have been wearing his dressing gown at the time, without trousers or pyjama bottoms.

This case went to Court, where it was decided that the council’s treatment of Peter amounted to breaches of his human rights to liberty and to respect for private and family life (Articles 5 and 8 of the HRA). These breaches were said to be made worse because had they not happened, Peter would have continued to live at home, where he was happy, with support. The council ended up giving Peter £60,000 in damages for false imprisonment. But most importantly, Peter was able to return home, reunited with Fluffy and his friends. He now has the right care support package and is reportedly happy and contented.